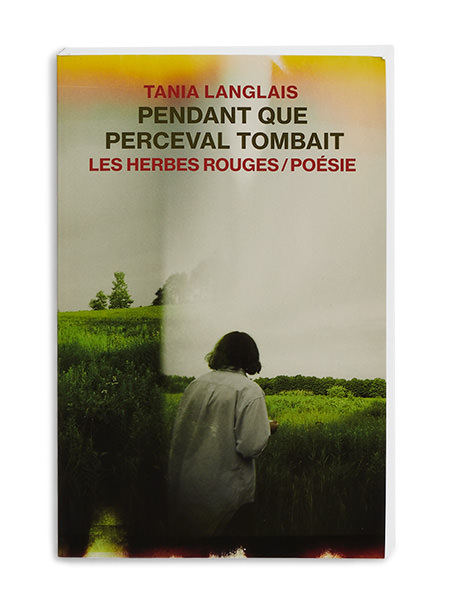 “This book, which unfurls in waves of poetic mastery, stands tall in the face of the internal silence of our world symbolized by Virginia Woolf. Without any unnecessary effect, Tania Langlais delicately paints symbolic pictures that give the poems a uniquely efficient density and singularity. The poet incorporates V.W.’s world into her own in a heartrending way.”

Dying only takes a moment. But pain, which throbs like waves, pulls back to strike again, pulls back and strikes again.

“It all takes place in a single day.” A fall off a horse, the river spitting up a corpse, “a ghost to be disciplined,”, a long walk through the fields, the promise of rest. In these obstinate poems, Tania Langlais deals lines of verse like tarot cards. A story emerges as they are arranged. The story is that of Virginia Woolf’s last day, “the most beautiful suicide / in English literature” and that of Percival, the mute, dead character in her novel, The Waves. It is also something else entirely—a persistent suffering that is only revealed in bursts.

Compressed time unfolds all its faces to the sound of the horse’s gallop echoing through memory. It all takes place in a single day.

Tania Langlais is a poet and teacher who works in the public service. Her first collection, Douze bêtes aux chemises de l’homme, made her the youngest winner of the Émile Nelligan prize to date. She also won the Prix Jacqueline-Déry-Mochon in 2001, the Prix de poésie Radio-Canada in 2002 and the Joseph S. Stauffer Prize in 2005, in addition to being a finalist for numerous other prizes such as the Governor General’s Literary Awards. In August 2020, after 12 years of silence, she published Pendant que Perceval tombait, her fourth collection. All of her books have been published by Éditions Les Herbes rouges to unanimous critical acclaim. Her work has appeared in numerous anthologies in Quebec and abroad. Born in Montréal, Tania Langlais now lives in the Outaouais region of Quebec.