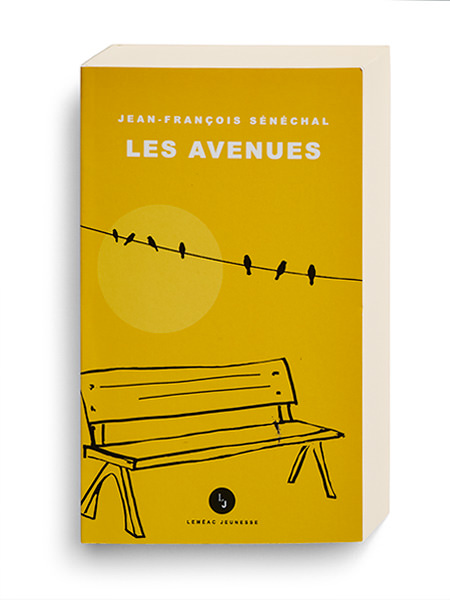 “This original novel plunges the reader into the world of Chris, who lives with an intellectual disability and who has been abandoned by his mother, who he continues to love unconditionally. Readers will be moved by this endearing character whose narration of his daily life, his struggles, his failures and his successes is both naive and disarmingly precise. The love and open-mindedness of those around him enable Chris to flourish. This is a novel about hope, pride and forgiveness.”

In Le boulevard, Chris, a young man with an intellectually disability, had to learn to live on his own after his mother’s unexpected departure on his eighteenth birthday. The second part of the series, Au carrefour, focussed on his relationship with Chloé, his friendships and his rekindled relationship with his father.

This last novel completes the cycle of this young man who is “delayed.” Chris, who has been speaking to his mother in his head since her sudden departure, wishes more than anything that she would return. Maybe she would finally be proud of him. After all, he has gotten his driver’s licence, and more importantly he has become a young father, at 20. With the help of their entourage and despite their limitations, he and Chloé look after little Joseph rather well.

Having learned that his mother is living in Vancouver, Chris writes to her with the news and asks her to come back. Sylvie does, but the visit is a disaster. After just a few days, she abruptly goes back to Vancouver, leaving Chris under the impression that she has reported him to child welfare services. It takes Chris a while to work through his anger towards her and to stop idolizing her, while Sylvie must learn to accept her son as he is and make peace with herself.

Oscillating between funny and serious passages and commentary and dialogue whose apparent naivety is thought-provoking, Les avenues raises essential questions about accepting differences, parenting and the complex nature of feelings.

Trained in anthropology, Jean-François Sénéchal is now an author. His novel Le boulevard earned him a place on the 2018 International Board on Books for Young People (IBBY) Honour List. Le boulevard was also named a finalist for the Prix du livre jeunesse des Bibliothèques de Montréal and won the Prix Adolecteurs and the Prix Bernadette-Renaud. With Au carrefour, he won the Prix jeunesse des libraires du Québec 2019, in the 12-17-year-olds category. He also received the 2017 Joseph S. Stauffer Prize in Literature from the Canada Council for the Arts. Jean-François Sénéchal lives in Saint-Lambert, Quebec.