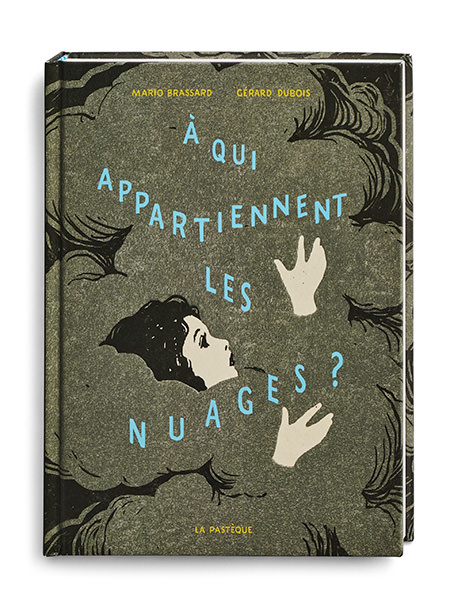 by Mario Brassard and Gérard DuBois

“A deeply moving book, that you take in like a black-and-white movie. This is the touching story of a young woman forced to flee her country due to an unnamed war. Through her memories, between dream and reality, the author recounts her journey through nuanced words, without artifice. The illustrations complete the story wonderfully through their strength and symbolism.”

Mila may no longer be nine years old, but sometimes her childhood memories catch up to her. What happened there, halfway between dream and insomnia, lives on in other ways here, some 20 years later. Whether it’s seeing a very old photograph taken by her father, or seeing a red ball rolling towards her feet, or simply standing in line at an ATM, something still trembles inside her. Since clouds sometimes remind her of where she comes from, she supposes that they can also teach her where she should go…

Gérard DuBois is an illustrator. He studied graphic arts in Paris for five years and, in 1991, moved to Quebec, where he began working as an illustrator for the press and publishing industry. For almost 30 years, his work has received many of the most prestigious awards, both for his editorial work and for his books. For twelve years, he has been a lecturer at the École de Design de l’UQAM, where he teaches illustration to first-, second- and third-year students. À qui appartiennent les nuages ? is his first book published by La Pastèque. Gérard DuBois lives in Montréal, Quebec.